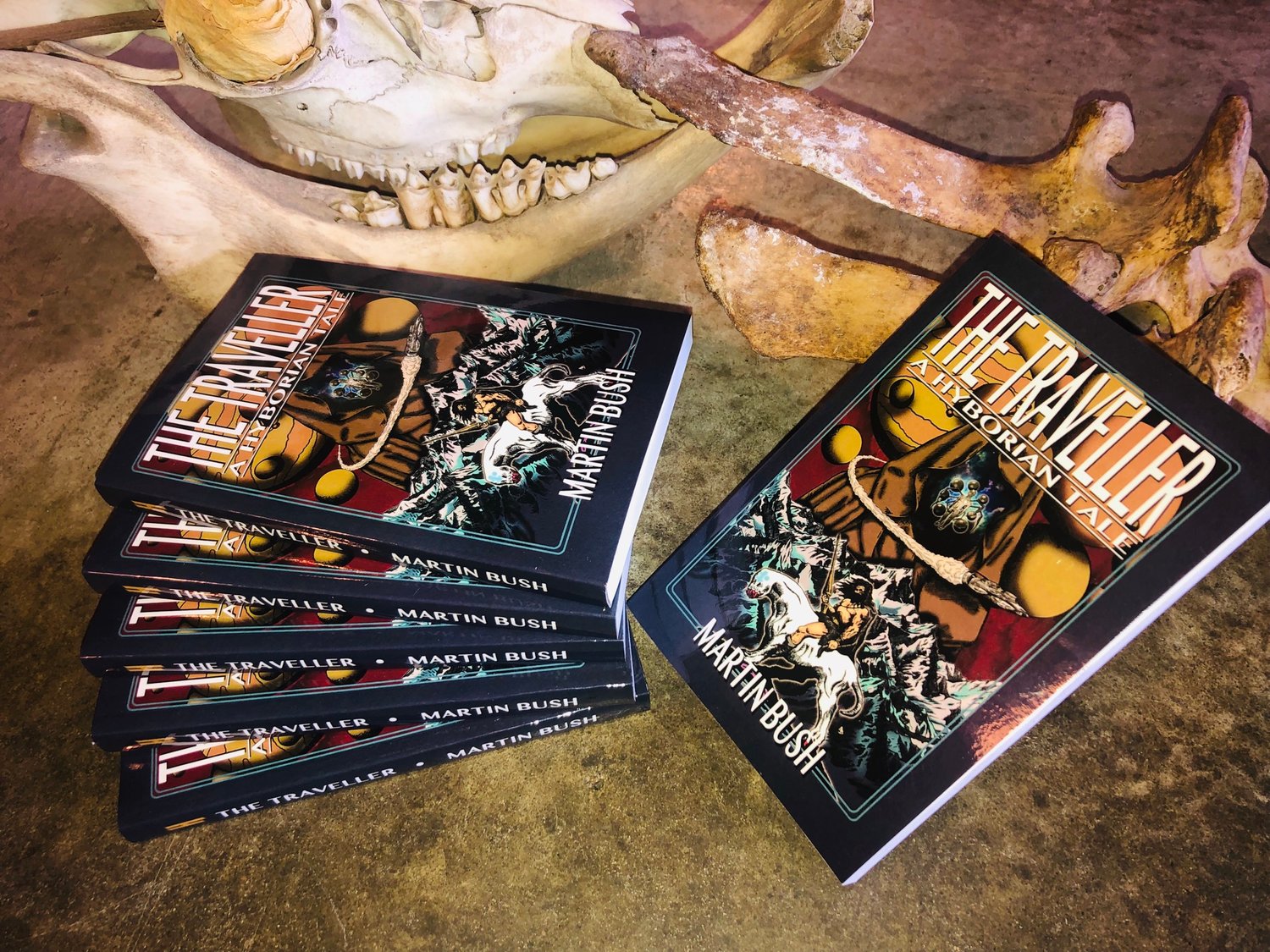 This book was written to be a companion piece for the forthcoming Hyborian album "Volume II". It follows the story told by the record, fleshed out into novel format. Written by Martin Bush, with cover and interior illustrations also by Martin Bush. 224 pages.

"The universe is filled with beginnings. Life springs anew in a constant cycle of birth and rebirth, billions upon billions of beginnings, intrinsically linked, each influencing the beginnings that will come after. Every ending is in and of itself a new beginning; what once was, by the very act of ending, becomes the beginning of what is to follow. This particular beginning begins at the end; the end of everything. The universe is dying. It is in the final stages of passing out of existence, which is a beginning as well, the beginning of what comes after. The cycle continues, cascading in an unending series of births and deaths, all linked, each one shaped by the beginnings that preceded it.

The universe is dying, but it will begin again."